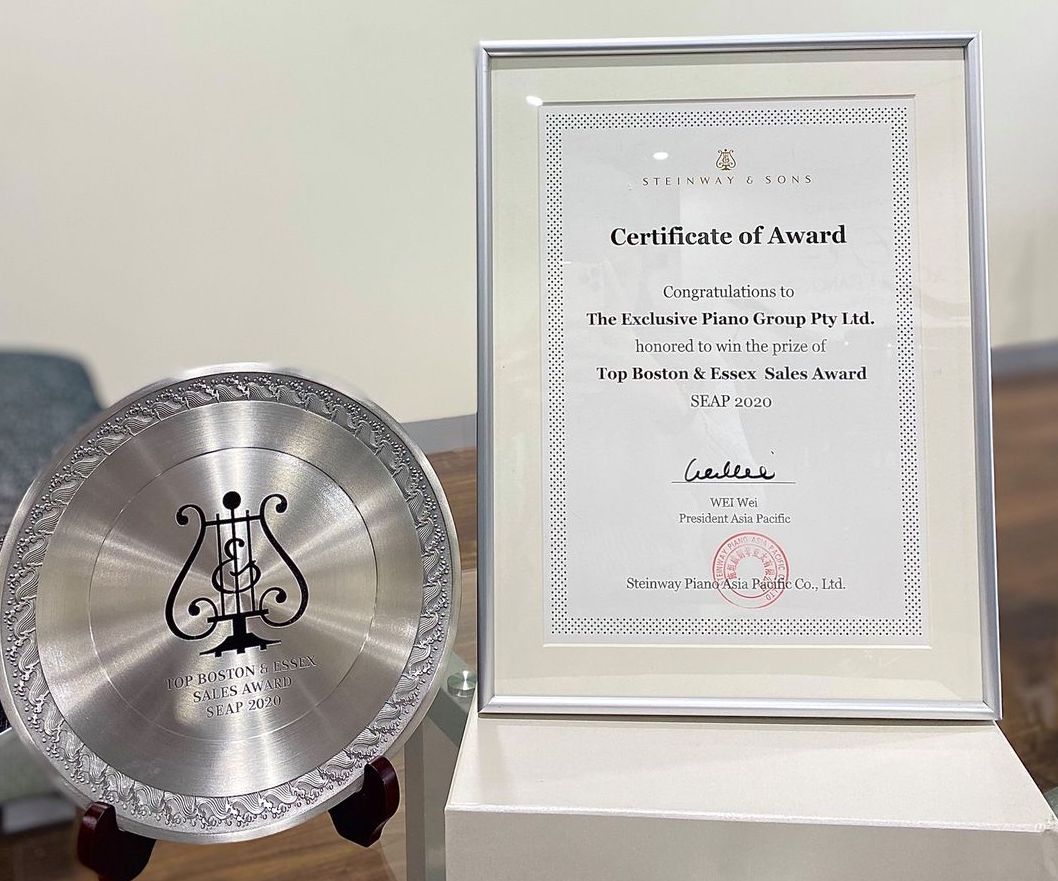 We just received our Steinway & Sons award for Boston & Essex sales 2020. Australia, Number 1 in South East Asia Pacific. Great job by our team to achieve this through the pandemic last year and including Melbourne being the most locked down City in the world. Contribution from all States though to achieve this. Terrific result.

Join STEINWAY & SONS for a grand presentation of The Secrets of Steinway by actor Miles Chapin, the great-great-grandson of Henry Engelhard Steinway, founder of STEINWAY & SONS. Chapin authored “88 Keys: The Making of a Steinway Piano” and is an expert on STEINWAY piano making.

1. History of Steinway
The Steinway & Sons is more than a story of mastery and craftsmanship. It also the story of culture, arts and music. Uncover the history of Steinway and its founder, Henry Engelhard Steinway, one of the great American story.

2. Building a Steinway
Wood, Felt, Finishes and more. Find out what makes Steinway the gold standard of musical instruments and the World’s Finest Piano. Dive deep into the construction of the Steinway Rim, the patented pinblock design, the Steinway Plate and more.

Steinway & Sons is proud to announce a collaboration with MGM Studios to celebrate the release of RESPECT and to raise money for Jennifer and Julia Hudson’s foundation, The Julian D. King Gift Foundation.

To coincide with the release date of MGM Studios’ RESPECT, a film chronicling the rise of Aretha Franklin to her reign as the world’s “Queen of Soul,” Steinway & Sons will donate a bespoke Steinway–designed Boston piano painted in a showstopping pattern of bright colors and adorned with glittering crystals. *  The piano auction will begin on the film’s release date, August 13, 2021, and all proceeds will be donated to The Julian D. King Gift Foundation, which was founded by Jennifer Hudson and her sister Julia in 2018 to honor Hudson’s nephew, Julian.

This collaboration is a natural outgrowth of the long affinity Aretha Franklin had for Steinway. She was known to consistently play Steinway pianos throughout her life and performance career, and RESPECT honors her preferences by featuring Steinway in some of the film’s most compelling musical moments.

To honor the late artist and to proudly support Jennifer Hudson in her stunning musical artistry and film performance, Steinway & Sons arranged for the transport of a new Steinway–designed Boston upright piano to a shop space in Chicago made possible through the generosity of piano technician Jim Rielley and Rielley Piano. Here, the Boston UP-118S Performance Edition piano was painted by New York muralists MenaceResa, a duo selected by Hudson for their innovative work combining fine art and graffiti writing. The resulting one-of-a-kind piano will now be placed on auction, with all proceeds destined for Hudson’s foundation.

“Certainly, everyone at Steinway is very proud that our pianos are featured so prominently in this amazing film,” said Gavin English, President, Steinway & Sons Americas. “But the connection to RESPECT has become so much more meaningful for our ability to collaborate with MGM Studios and raise money for Ms. Hudson’s foundation. The Julian D. King Gift Foundation has helped so many young people and will continue to do so for years to come. We are thrilled to be able to donate this piano—an outstanding piece of art in its own right, to honor Julian and to help fund the Foundation’s activities.”

* This piano is covered by Steinway’s standard 10-year Boston warranty covering Steinway’s defects in material and workmanship, which does not cover these additional paintings and crystal work.

ABOUT THE JULIAN D. KING FOUNDATION

The Julian D. King Gift Foundation provides stability, support, and positive experiences for children of all backgrounds. After tragedy struck her family in 2008, Jennifer Hudson created the Julian D. King Gift Foundation along with her sister, Julia, in honor of her nephew (Julia’s son), Julian. The Foundation acts as a catalyst for change in children’s health, education, and welfare. Each year, they produce large-scale giving events in the city of Chicago, which benefit low-income families in the Chicago area who may not normally have access to the resources they need to succeed.

The Julian D. King Gift Foundation is a fund of the Entertainment Industry Foundation (EIF), a 501(c)(3) charitable organization that meets all 20 Better Business Bureau charity standards and carries the GuideStar Platinum Seal of Transparency. 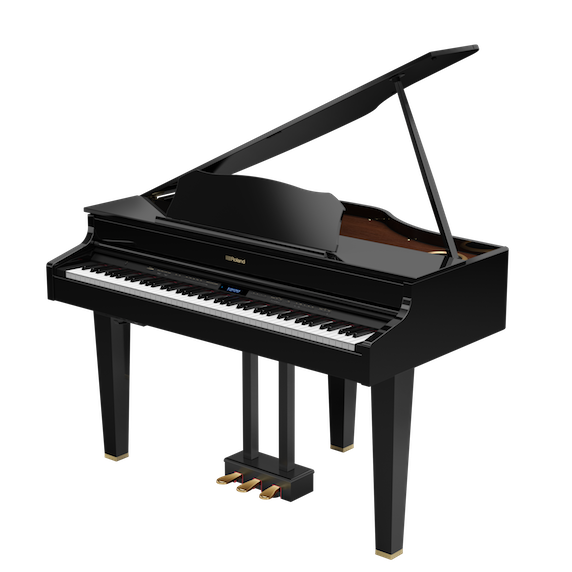 The Steinway National online piano competition has concluded. To find out who the winners are please watch the video below.